“Control and Responsible Innovation of Artificial Intelligence,” A Panel Discussion 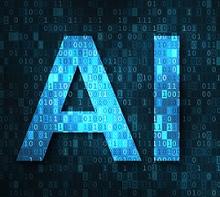 Artificial Intelligence is beginning to transform nearly every sector and every facet of modern life. While the benefits of AI and robotics are vast there is also concern about privacy, accountability, transparency, biases, effect on employment, safety, use to manipulate behavior, existential risks and other issues. How can we reap the benefits of AI and robotics while mitigating risks and undesirable societal consequences?

Policy recommendations from a major international project will be announced on December 4 at two events, one at the Carnegie Council for Ethics in International Affairs in New York City and the other at Yale University in New Haven, Connecticut.

The panel discussion event at Yale will be held from 4:30-6:00 p.m. in Room 59 at the Sloane Physics Laboratory, 217 Prospect Street. The panel will be moderated by David Roscoe from the Hastings Center, and panelists include:

Stuart Russell is a professor of computer science at the University of California, Berkeley. He is a fellow of AAAI, ACM, and AAAS, winner of the IJCAI Computers and
Thought Award, holder of the Chaire Blaise Pascal in Paris from 2012 to 2014, and author (with Peter Norvig) of Artificial Intelligence: A Modern Approach, the standard text in the field. His research covers a wide range of topics within artificial intelligence, as well as intensive care medicine and nuclear explosion monitoring. His current work addresses the long-term impact of AI on humanity.

Bart Selman is the Joseph C. Ford Professor of Engineering and Computer Science at Cornell University. Prof. Selman is the president-elect of the Association for the Advancement of Artificial Intelligence, the main international professional society for AI researchers and practitioners. He is also the co-chair of a national study to determine the Roadmap for AI research to guide U.S. government research investments in AI.

Wendell Wallach is a senior advisor to The Hastings Center. He is also a scholar, consultant, and author at Yale University’s Interdisciplinary Center for Bioethics, where he has chaired technology and ethics studies for the past 11 years.

David L. Roscoe, a retired financial industry executive, was a board member of The Hastings Center from 2004 to 2016, was the board chair for the last eight years of tenure, and is now Board Chair Emeritus. He currently chairs The Hastings Center Advisory Council, represents Hastings in the Partnership for AI, and is an advisor to BGI4AI.

Sign up for our newsletter by sending a request to bioethics@Yale.edu;

Media inquiries? Email us at bioethics@Yale.edu.